Storm Shelter Removal: How & Why We Do It 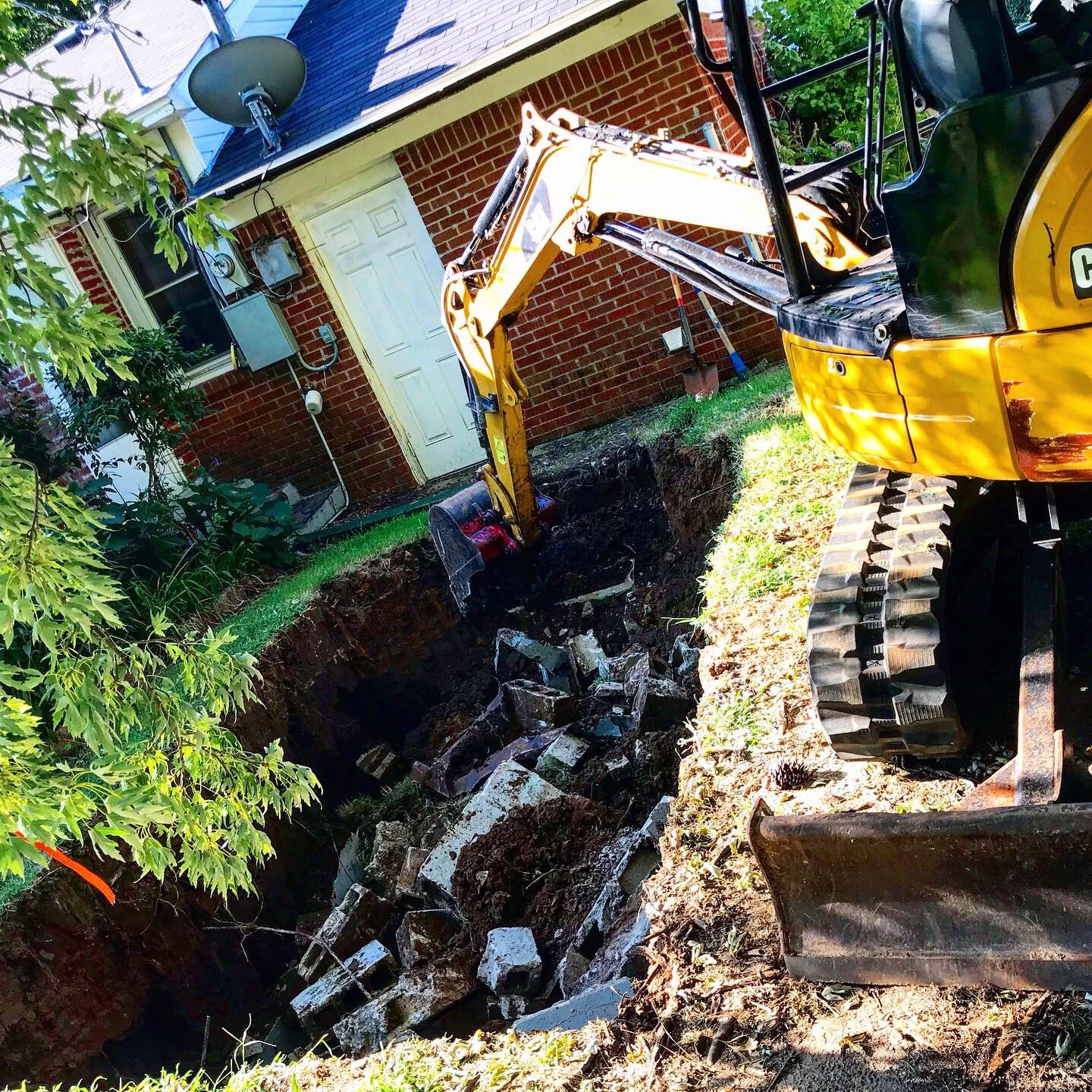 I know what you’re thinking…why would anyone need storm shelter removal services in Oklahoma?

There are several circumstances that can make homeowners want to get rid of old storm shelters, but the most common are:

Over the last several years, we’ve helped several homeowners with storm shelter removal. Some shelters are easier to remove than others, but we’ve never run into one that we couldn’t make disappear. In this post, we are going to show you a few of the storm shelters we’ve removed and why these homeowners chose to have them removed.

Before we start, we always call OKIE 811. Even though we aren’t technically digging a new hole, we play it safe because we never know if there’s a buried utility line close enough to matter.

We never know how easy or hard the removal will be until we get started. Some of the storm shelters we’ve dealt with have been pretty tough.

Depending on the size of the storm shelter, location of your house and space we are working in, this process typically takes us anywhere from 5-8 hours.

Here are some pictures of a few of the storm shelters we’ve collapsed and filled in.

This storm shelter in Verden, Oklahoma was in bad shape and already collapsing. We installed a new storm shelter right next to the old one on the same day and used the dirt from the new installation to fill in the hole from the one we collapsed, which ended up saving our customer over $150. 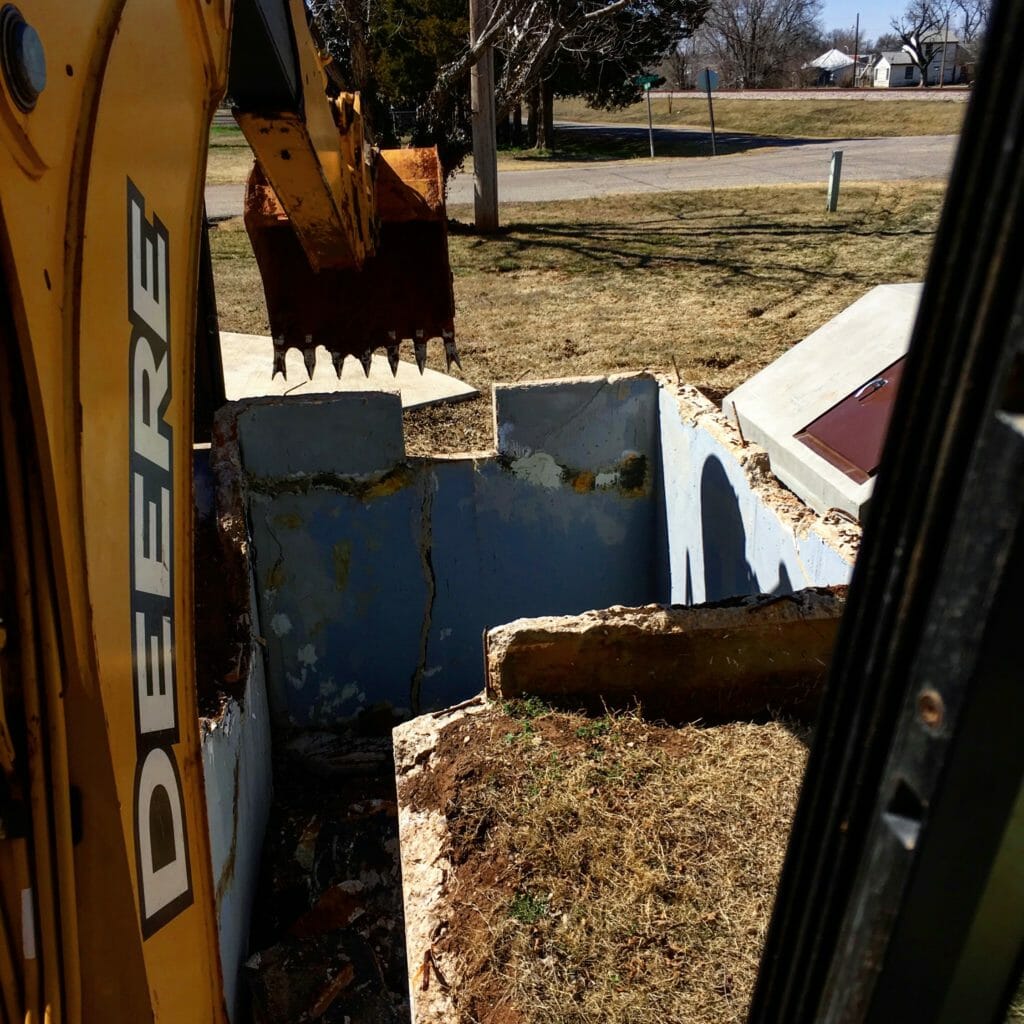 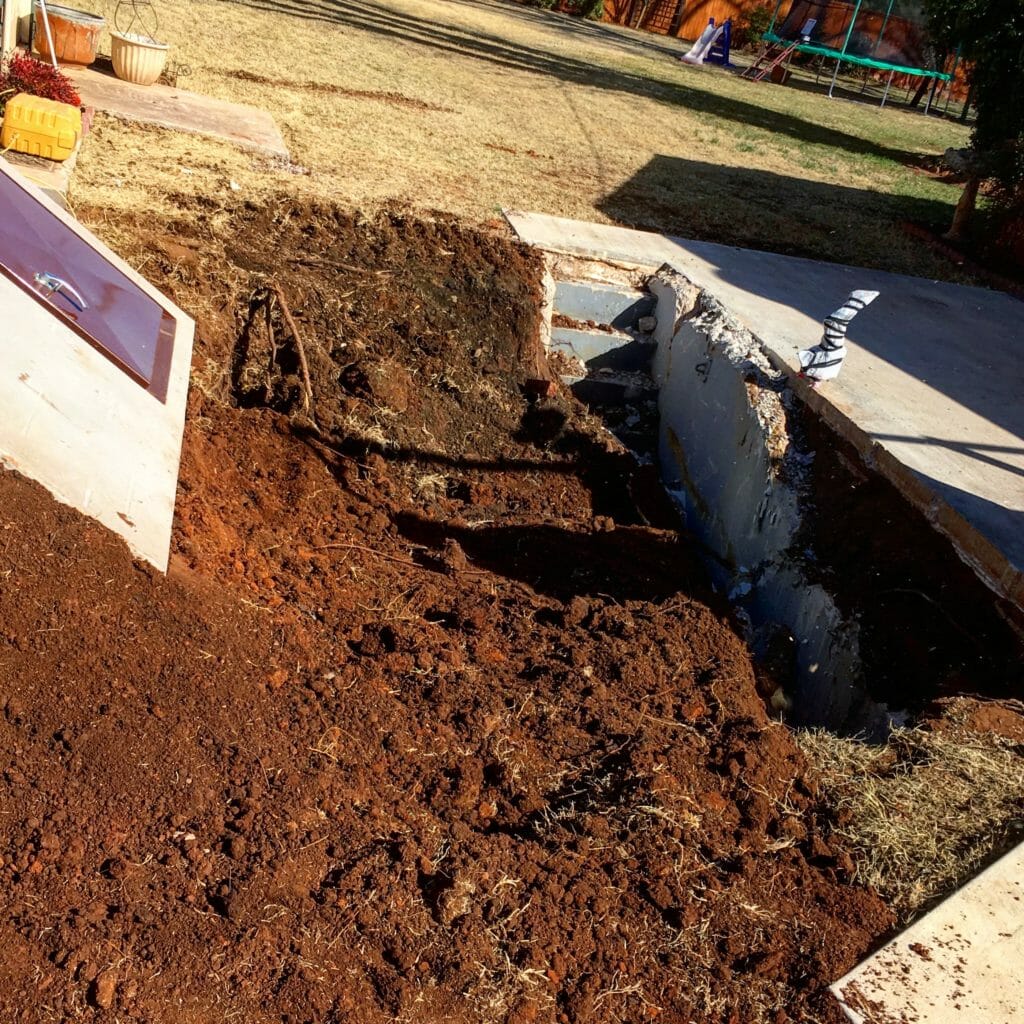 This old storm shelter in Moore, Oklahoma was full of water and had become a mosquito magnet. We collapsed this shelter easily with the backhoe. 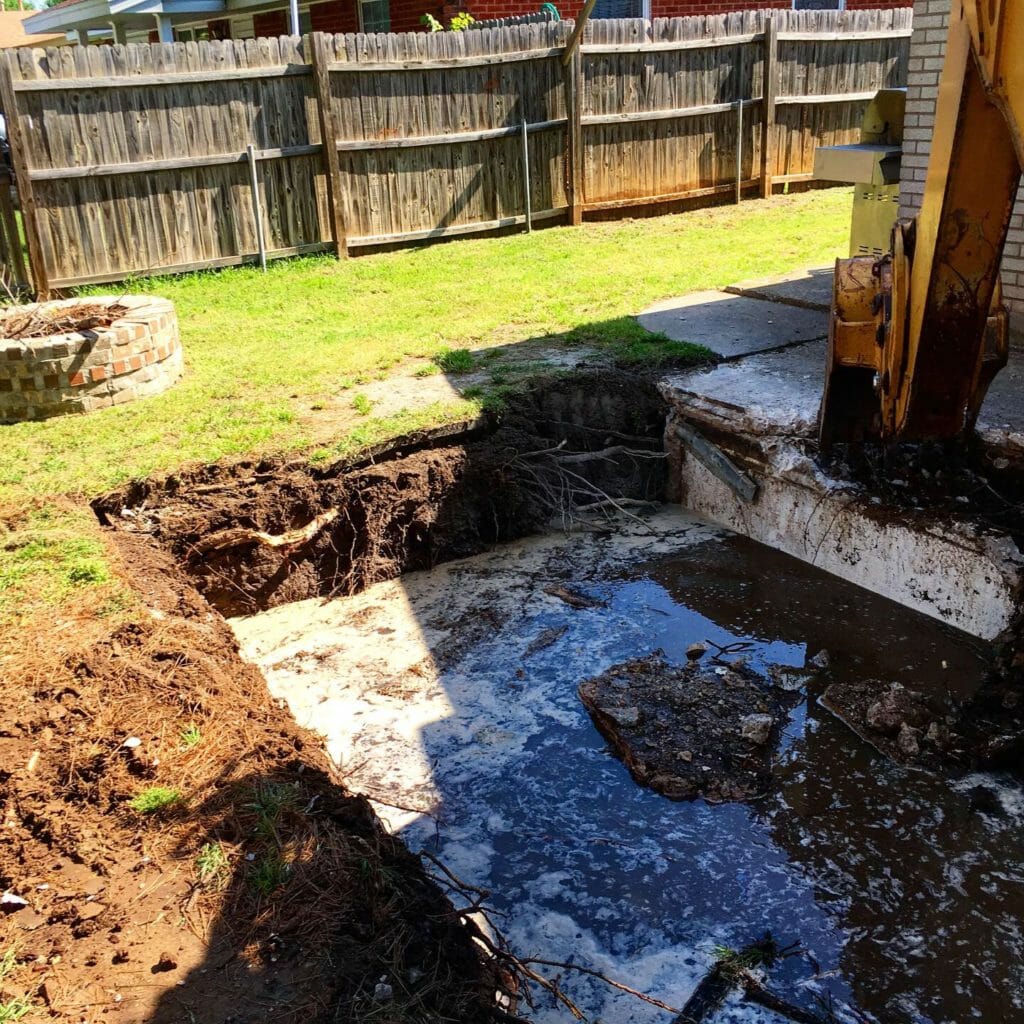 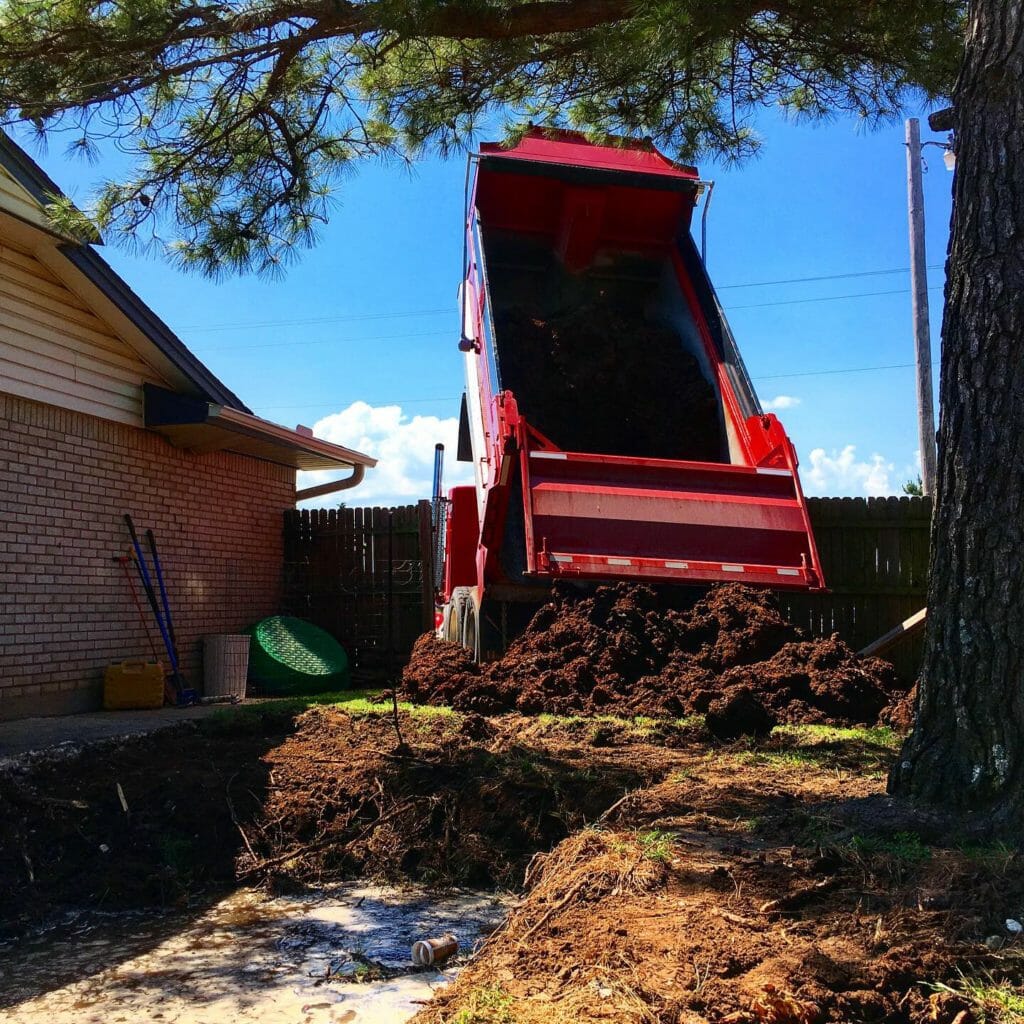 This storm shelter in Piedmont, Oklahoma was definitely the most unique in all the storm shelters we’ve collapsed over the years. The homeowner called us to come check out a random hole in her yard. Her husband almost fell in while he was mowing. We determined it was a storm shelter after poking around. This storm shelter was one of the toughest we’ve ever had to collapse, but after several hours, it came apart and we got it filled in. 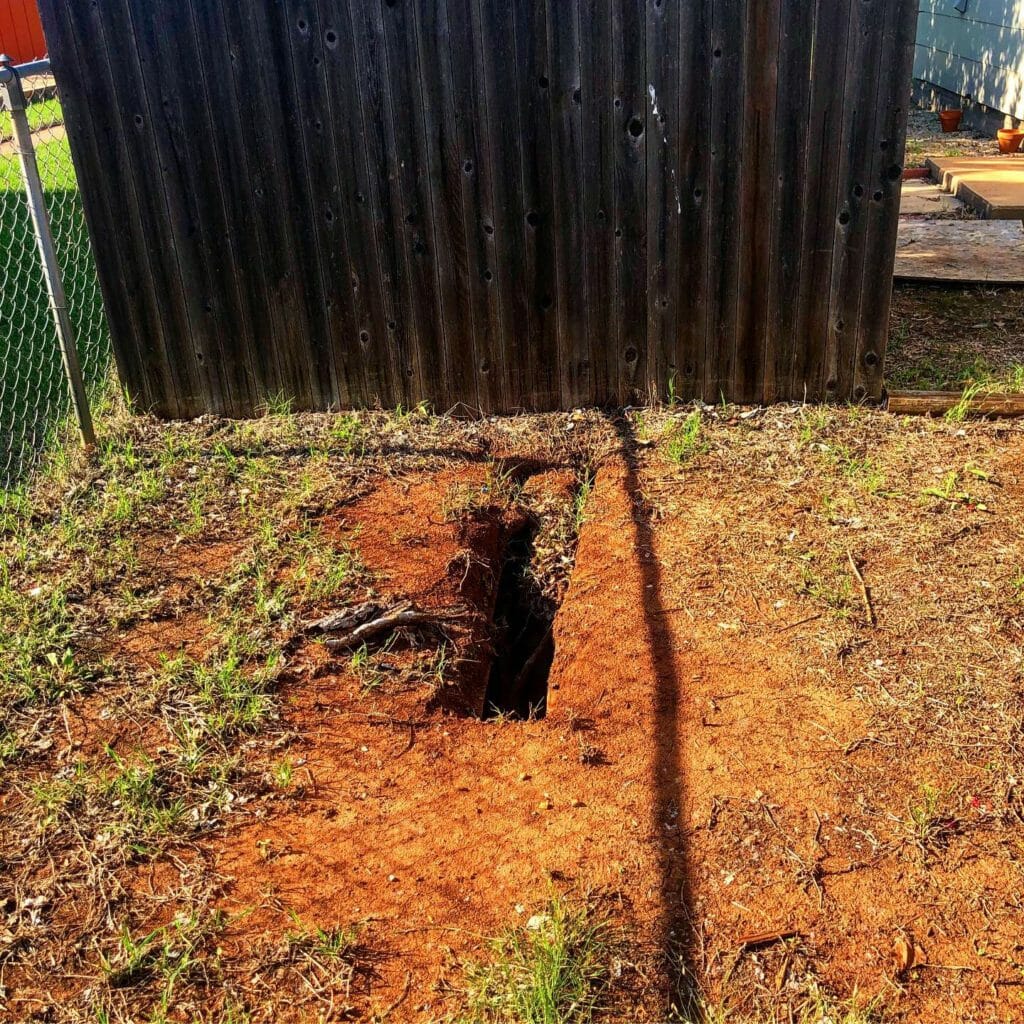 Why Choose Sprague’s Backhoe For the Job?

Homeowners call us for storm shelter removal services because we:

7 Reasons Our Customers Love Us and You Will Too

Leave us a comment and tell us about your old storm shelters!